Mercy – the Jubilee year of Mercy began yesterday.  Flesh and blood examples in our midst provide fire to our souls to extend and receive His mercy.  When I wrote a few weeks back on “The Tale of Two Martins” the rest of Martin’s story spoke to me of mercy incarnate. 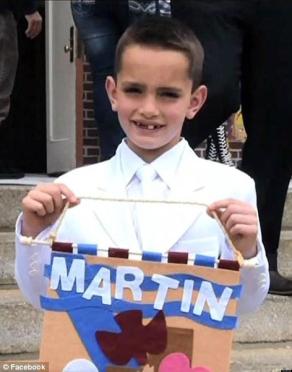 Martin’s parents, the Richards, have asked that the death penalty be taken off the table for the bomber.  The Richards are Catholic and people of deep faith that have suffered so much at the hands of this man, yet they plead for peace in the world.  Their Christianity is not untried.  Their example is rooted in His.  Mercy personified.  God be praised. (For more on their story see http://www.teammr8.org)